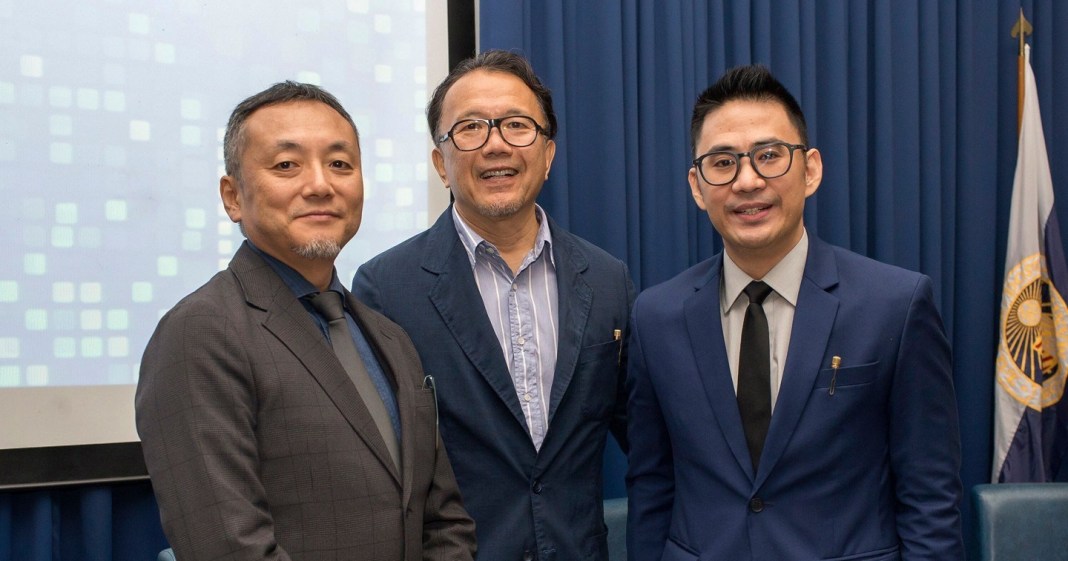 MANILA, Philippines–There is no one formula for a brand’s success. This was the takeaway from adobo magazine’s conversation with Japan’s top branding experts—Masaaki Oka and Sy Chen—on September 12 at the Ateneo Business School.

Chen is the Founder and CEO of Creative Intelligence Associates (CIA), Japan’s oldest most successful brand consulting company. He has brought success to well-known brands such as Uniqlo, Aoyama Flower Market and Tokyo Mitsubishi Bank through his Innovation Prototyping framework.

“The state of branding is still in the process of changing from the old fashioned,” noted Oka.

Chen chimed in, “Branding will be more about the big questions that govern a brand—who the brand is for, what it promises, and its philosophy.”

And that exactly is what CIA does—making companies envision their ideal future by imagining how consumers would experience their product or service in 30 years.

Palileo then walked through the CIA’s work for Uniqlo, which was the first to benefit from CIA’s Innovation Prototyping framework. In the 1990s, Uniqlo was just Unique Clothing Warehouse which had thousands of retail items. The owners wanted the Japanese to have nice clothing everyday without having to burn holes through their wallets.

The owner’s son had a liking for GAP and so Uniqlo was heavily influenced in terms of the logo and the pieces of clothing they sell. Later on, they figured out that their niche is geared towards functional clothing than American fast fashion—they found the brand’s essence that makes it unique among its competitors.

A brand’s DNA is not as simple as what they sell, but it goes as deep as defining their market and what they associate with the brand. It goes beyond the features and specifications of products and services but digs into the experience the company impresses on its consumers.

“It’s not about the identity but the community; how they interact with the notion of a company,” added Oka.

And with consumers constantly changing, traditional approaches to branding and marketing will take a step back and companies will have to innovate.

“Innovating one’s branding means elevating a brand’s promise and personality in ways that make it more compelling to its chosen customers and unique from other brands,” said Chen.